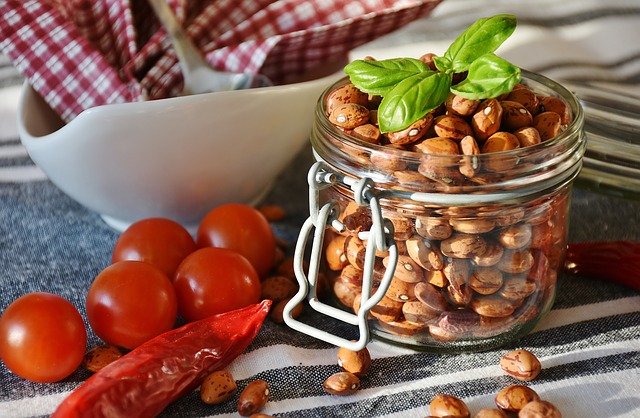 Wherever the mind goes, qi follows,

Qi is the life energy that fuels cellular and bodily functions, such as healing disorders to sustain health. A body with ample qi would not get sick, and as long as you do not ruin your body faster than you have qi to heal, you will have no disorder. http://drtong.com/2018/11/09/what-is-qi/

To explain with an analogy: a business with a lot of money has no problem, as money can exchange for qi, such as labor and material qi, to resolve its problems.

Unfortunately, our air, water and food all lack qi, because the ecosystem is polluted and soil is nutrient deficient. Food processing further deplete its qi. Moreover, only wholesome foods have healing qi. Synthetic materials not only lack healing qi, but the body also must spend qi to remove them.

Sadly, synthetic vitamins abound food supplements. High dose Vitamin C, or synthetic Ascorbic Acid (AA), is harmful. Not only it lacks healing qi, but AA cannot be absorbed without flavonoids and other food factors. Taking 2000 mg of AA forces the body to supply these food factors, thus depletes them.

Holding a natural supplement with the qi you need will make you strong, as its qi penetrates the body, warms the tissues to dilate capillaries, and the increased qi in the blood makes muscles stronger. This is the basis of Apply Kinesiology, or using muscle testing to determine what food is beneficial to you.

Holding a natural supplement with the qi you need will make you strong, as its qi penetrates the body, warms the tissues to dilate capillaries, and the increased qi in the blood makes muscles stronger. This is the basis of Apply Kinesiology, or using muscle testing to determine what food is beneficial to you.

Holding a natural supplement with the qi you need will make you strong, as its qi penetrates the body, warms the tissues to dilate capillaries, and the increased qi in the blood makes your muscles stronger. This is Apply Kinesiology, or using muscle testing to determine what food is beneficial to you.

A food with qi that you have too much of will cause an imbalance and make you weaker. Learn AK with your spouse from https://youtu.be/ubbYuwYZgU8. It is the best way to find out what foods (coffee, popcorn, etc.) are good for both of you.

I have found that most vitamins people take actually weaken their health. Using AK will improve your health as well as save cost. Follow these instructions:

For the tester, find the thumb and another finger of the testee that you can pull apart easily. Hold the fingers in the same place and don’t let go. Pull horizontally apart each time. Do not pull one time and lift another time. Tell the testee to resist with full strength each time you count to three and pull.

Do a baseline test without holding anything. Then do the test with the testee holding a supplement. In this video, the supplement Zeal from Zurvita made Bill so strong that he giggled in disbelief.

To prove the strength is real, test the testee again with a cellphone or a chemical drug. The disparity in the strengths of the testee will be convincing, even an observer can see it.

I was in Hong Kong and did AK on two friends, Fred and David. Both were very strong holding Zeal. Fred laughed in disbelief. David suspected that I pull harder with Zeal.

To clear this point, I did the tests with them holding a cellphone. They were so weak that I could easily pull their fingers apart. When switched back to Zeal, they became much stronger… every time!

Dr. N (DN), who sells supplements, brought in two of his products, both of which made Fred and David weaker… just like the cellphone. He was bewildered, as they contain famous Chinese herbs.

The reason is that he formulate his herb combination based solely on western studies, which apply to material systems (computers, rockets) but not energy systems (biological) as I have explained in obamacare-similar-health-reform-not-solve-healthcare-woes-doctors

When we first met, I said that the studies he quoted were on single herb and his combined formulas were never validated by studies. Improper combination could ruin the efficacy of the individual herbs.

Moreover, his herbs may not be good quality. They also contain high doses of AA, but he ignored the Nature study I quoted. I offered to test them with AK. He declined by quoting Dr. W who said studies have shown that AK is not reliable. Obsession with material science can mar one’s judgement.

The truth is that AK, like acupuncture, depends greatly on the skill of the practitioner. Many of my patients have tried acupuncture without results, but got instant relief with my first treatment. See not-acupuncturists-created-equal/, especially the video of Jama. This applies to AK as well.

My wife ML and I have found AK very helpful. We often confirm our results by putting the supplements in a bag so neither of us knew what is inside. Most supplements come with fantastic claims. Even if they were true, it may not fit you. So do not believe what you read, Verify it with AK!

AK is easy learn. With practice you will be proficient. Everyone should test and try the Zeal drink, as it tests strongly on so many people. The reason is that Zeal strengthens the spleen and kidney to clear damp – the most prevalent condition caused by western diet. See 2018/08/26/zurvita-testimonies/

I have been very ill from treating cancer patients, as touching them had drained my qi. For 3-4 years I could do nothing except eat and sleep. My energy greatly improved within 2 days of taking Zeal. Most people have damp and will benefit from it. Read the incredible testimonies on the above link.

The best is that you do not need the product to test it with AK. Color photos printed from www.zurvita.com/mayleetong will work. All the testee has to do is lay the palm on top of the photo image. Emoto has proved that the qi of written words can change the structure of water!

The first time I did this I was stunned that touching the Zeal photo made me stronger! I had my eyes shut and ML slided the photo under my hand. To do it double blinded, have a third person select the photo and both the tester and testee look away. The AK test with the actual product is even stronger.

You must use a printed photo on paper. Do not lay your hand on the image on the screen, as the computer has negative qi that will cancel the positive effects of the products.

AK can also be done on other items, such as the Lifewave energy patches. View this AK video https://youtu.be/2F7aD1IiVM8. I’ve found that every LW patch improves energy. Putting them on acupuncture points is more pronounced. The Energy Enhancers come in a pair – put the white on the right, and the tan on the left. Reversing the polarities will make you weaker as the video shows.

The patches are beyond incredible! I have used them to save a dying patient with Muscular Dystrophy who could not move any skeletal muscles, even the chest when he breathed. He regained many muscle functions right away, and could get out of the wheelchair and walk unassisted two days later.

A Hong Kong physician with MD was amazed about the video on this patient and wrote to me for advice. Strangely DN quoted from Snope that the patches are fake! Orthodox medicine often publishes articles to smear natural treatments. http://drtong.com/2018/11/25/muscular-dystrophy

As I am regaining my vitality, I crave for more knowledge. I have found useful products from my recent Hong Kong trip. The formulator of Zeal is designing remedies that stimulate hormones that I feel would be good for anti-aging. Other remedies I am testing Magnetic Resonance and crystal bed.

Strengthen health for prevention. Many seemingly healthy athletes died suddenly after exercise or receiving a drug or vaccine. This wouldn’t happen if one is truly healthy. Conventional exams and tests are not reliable indicator of health, as they detect only problems in their late stage.

For example, blood test can detect signs of cancers. When red blood cells clump together (called rouleaux –sign of damp), the O2 capacity is compromised, which increases the chance of cancer development. See how PEMF (pulsed electromagnetic field) therapy separates rouleaux into healthy RBC’s. But orthodox physicians do not know this fact.  https://youtu.be/MLWr5yOq7AY

Clearing rouleaux also helps with energy. This can be done with Magnetic Resonance Stimulation to generate PEMF. I have found that Zeal has a more immediate effects. Its rice bran enhances the spleen, the organ deals with digestion and remove damp.

My Mom has improved greatly after taking Zeal for six months. She has been ruined by taking too many prescription drugs against my advice. Before taking Zeal, she shuffled slowly with a walker and was prone to fall. She has dementia and often failed to recognize me.

Her memory has improved and she readily recognizes me. Even after the first time taking the Zeal  she did not shuffle as much. But recently she was very happy and told me that she could walk (she could feel that she is lifting her legs when walking). See more testimonies at Zurvita Testimonies

Get interested in learning about health. Use AK to separate fact from myth. Do not rely so much on orthodox studies. Double blind studies usually end up with the blind leading the blind, as in the case of Dr. W leading DN.  So look at results and not “scientific” claims.