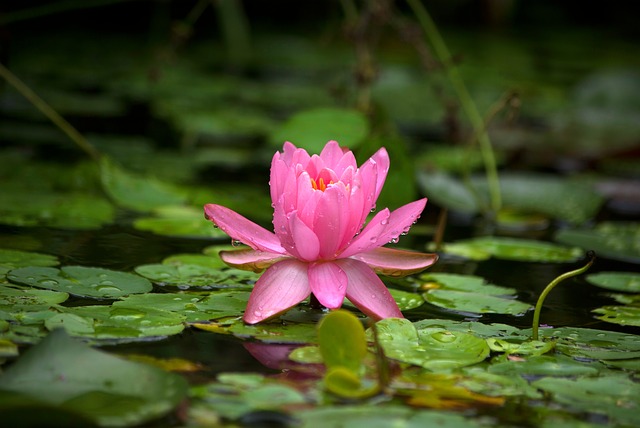 How to Capture the Heart of Your Dream Girl who Has Dating Phobia —              A romance lesson for my son Jacin, a rooster who needs a hen to lay eggs for him

My wife, ML, was scared stiff of dating boys in her younger days. When she was in grade school, a boy-admirer of hers went to her home unannounced to ask her out on a date. When she found out who was ringing the doorbell, she became very nervous. She asked her family to tell the boy that she went out shopping, then she locked herself in her room. They let the boy in. He waited patiently for her to “come back” while she stayed in her room, anxiously waiting for him to leave.

It must have been Black Friday, as she was still “out shopping” close to midnight when nearly all shops were closed. The boy finally left. Maybe he had figured out that a girl who loves shopping so much might be financially too costly for him. This episode reinforced her fear of dating.

A recent event has brought back a memory of ML’ s first and only date before she met me. It was the passing away of Uncle Fung, a kind and empathetic man who was her father’s close friend. Her father unfortunately died at the young age of 48. Uncle Fung took over the parental role and took care of her like a loving father. Even after she was married to me, he extended his kindness to our family. He became the most caring elder to our kids and grandkids. Besides inviting us to their family gatherings, he and his wife also attended our family events, weddings, graduations, etc.

Uncle Fung came to US before ML did. When she came over, he provided her room and board at his home while she studied music at UCI. During Fung’s funeral, ML delivered an excellent and compassionate eulogy, elegantly expressing her heartfelt gratitude to this kind man. Everyone at the funeral were emotionally touched by the sincerity of her words.

Another person, S, also gave a eulogy that was confusing and no one understood his message. Ironically, S was romantically interested in ML when they were students at UCI and he had asked her to go out on a date. The invitation stupefied her. She didn’t know what to say and reluctantly accepted. To calm her own anxiety, she asked a friend to tag along!

I don’t know how S liked the surprised arrangement, but one thing for sure – it was a more expensive date than he had anticipated.

Actually, S could have turned this surprise into his favor by killing two birds with one stone. But a bird-watcher was lurking around and ended up catching one of the love birds.

What happened next was that shortly after their date, S went to Hong Kong to visit relatives. Meanwhile, I met ML at a party hosted by the UCI Chinese Student Association, which was organized by S and my brother, the former and then current president of the Association.

I was also attracted to ML and decided to ask her out on a date. But I had heard about her incident of inviting other girls to come along, as gossips and fake news spread easily in the Association. The reason was that a large fraction of its members were from Venus, a place famous for creating fake news. I was not sure if I could afford a group date, as I was a 4th year med student with no income and a lot of debt. Moreover, I had a debt ceiling to keep and did not know how to legally do QE’s or print fiat Reserve Notes.

However, I am always solution-conscious and came up with a brilliant idea. I offered to give her driving lessons for free, with one condition – any extra person that tags along, I would charge each person a tuition of $20/hr. She seemed delighted and accepted my invitation right away.

I must tell you that I couldn’t sleep the night before the date. I was as excited about the date as I was with the prospect of earning extra income…. What if she would bring along two girls, or four… and I could drag the training lessons to four hours…. or maybe more…. The earning would be enough to pay for the dinner, desserts, movie tickets, miniature golf …. for the entire group, and I would still have some money left to pay down my debt… maybe even invest some in Blockchain or cryptocurrencies.

Equally exciting was that the success rate of proposing to a girl is highest at the DMV – The Department of Marriage Venturing. As you’ll see, our case also supports this fact.

The future was getting brighter by the minute. My mind was racing throughout the night. No wonder they say the greed for money is the root of all evils.  One thing for sure, it can really ruin your sleep!

Well, she showed up the next day…. alone. But truthfully, I was not disappointed. We had a great time. She laughed at my dumb jokes, even those I didn’t think were funny. We had intensive but fun driving lessons every day. Within two weeks, we were at the DMV filling out her driver’s license application.

What happened next was Classified Information containing my subtle proposal to her.  send me an email if you would like the details…

Even though she did not quite understand that I was proposing, she responded positively ….

…. Her eyes brightened, “Wow! No wonder people say you’re smarter than you looked!”

I was on cloud nine! No girl has ever praised me so much!

I have used this complement as the motto for positive reinforcement to raise my kids, and they all grew up…. yes, smarter than they looked! Actually, not that I am prejudiced, they all look pretty good. I think genetics played a role in our case.

After people had gotten the news that we were going out, the fake news media from the Association began to spread rumors about ML… and me. But there’s an old saying that love makes you blind, and I would add that it makes you deaf too. I suggested to those gossip-reporters to get a job at CNN.

The following year, I became an intern and started to earn an income. We promptly made her last name legally as “Mrs. Fong.”

Yes, it is all fate and affinity – 緣份, as the Chinese say,

It takes a couple 100 years of enlightenment to earn a chance to be together in a love boat.

and not just a one-night stand!