Preventing and Curing the Flu with LW Patches

[From our chat group]:

[11/15, 11:17 PM] Elain Cell: Andrew came down with the flu last night…he has been coughing all day and body aches. We tried a home remedy tea and tessalon pearls for his cough but he was still feeling pretty bad.
[11/15, 11:18 PM] Elain Cell: He finally agreed to get a treatment. I gave him a few injections and then put a few patches on the points that I injected. Within an hour he stopped coughing and said he almost felt back to normal.
[11/15, 11:19 PM] Elain Cell: He is sleeping like a baby now. He took tomorrow off so I think he will be better by tomorrow night.

Andrew was cured. He was able go out and have BBQ two days later. However, other kids caught his flu. Aston got one patch on GV14 and had mild symptoms of lethargy and feverish cheeks. However, Audrey was cranky, had a runny nose, was crying and wanted her mom all night. I treated them with the patches and their symptoms, such as rhinorrhea and fever, were gone right away! 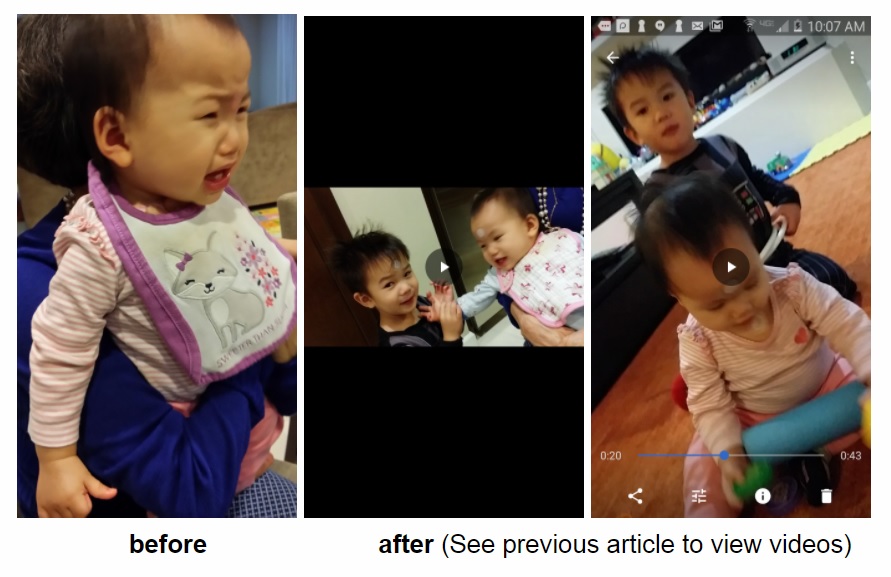 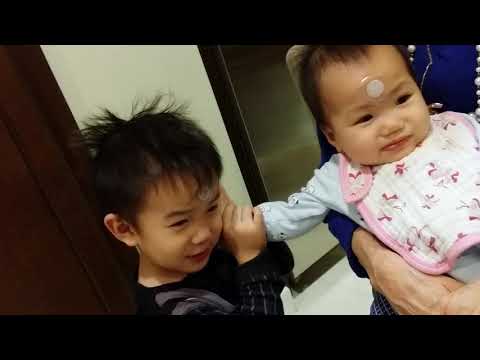 [11/23, 1:19 PM] Wing Cell: Andrew is very healthy and seldom gets sick. Poor guy suffered a bad flu after the mandatory flu shot required by the hospital he works at and passed on to Elain and the kids.  Elain sounded awful yesterday and couldn’t get out of the house. Dr. Joss (our son) went to her house and gave her a NBE treatment … Today she is back to normal and is getting ready to go to Andrew’s family gathering for thanksgiving!

May Lee was the next to come down with the flu, as it’s our tradition to share everything. A day before my lecture/demo, she had a headache, felt very tired, weak, and cold even with a lot of clothes on. Her body and voice were shaky. She posted this on chat group.

I patched her as shown below (+ Li4 and S36 on the opposite side, and one on the forehead). Right away, she felt warm and her headache disappeared before she went to bed.

This is because the flu viruses had caused MBB on the posterior neck area, blocking the yang qi from entering into her body through the Bl and GV meridians. Without qi, the body felt cold, which is the same reason a cadaver is cold. In addition, the body uses its qi to fight the flu viruses (which TCM calls external evil qi). Therefore you feel extra cold when you have the flu.

he patches had opened these MBB and restored the qi flow, which enter the body from the soul, making her warm again. Qi flow at superluminal speed, thus the result is immediate. 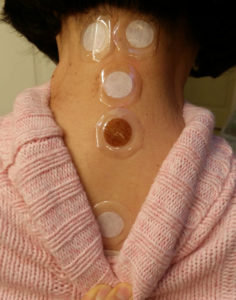 The next morning, she was coughing and didn’t feel quite right. I found a few sore spots on her neck and patched her. Her cough was gone and she felt energized. We had a long meeting that night, and we went to bed late at 1 am.

[12/6, 8:20 PM] Wing Cell: This morning I woke up feeling tired and having a very scratchy throat. I’ve been walking dogs late in the cold nights and that didn’t help! I was going to go back to sleep and call it a day! ?
DrT Said, you need the patches. Have you patched yourself? No, I was fine until now!? So DrT insisted that I should be patched. He patched me in the neck, back, chest, throat, hand and leg… in areas where he would normally give a treatment….
Lo and behold, I felt like a normal person again! ?
I did my morning chores with dogs, cooked and even took two ballet classes today! ?

ML kept busy for the week as she was so energized (the Energy Enhancers patches really worked) that she would not rest. She was getting sick again a week later. She was treated with the patches and became well again.

The patches enabled her to continue with excessive activities. A week later she came down with severe flu symptoms. She missed her choir performance on Sunday and slept in the afternoon. The nap did not help, so I treated her with the patches, and she was well again since then

Lessons to learn: One must obey Nature and participate in their own health. Neither LW patches nor NBE treatment can give long-term immunity from sickness if one does not adhere to a proper lifestyle and diet.

Richard was very cold from the flu. He had a headache, sinus congestion, nasal drips, muscle aches, tickle of the throat and coughs. Right after the patching, he became warm and all his symptoms disappeared.

The videos below show where I placed the LW patches to cure the flu symptoms of Richard and Lisa – instantly, as qi travels at superluminal speeds. 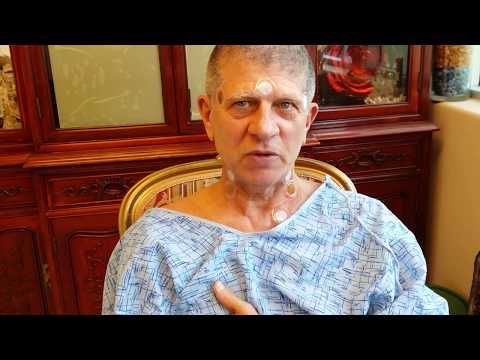 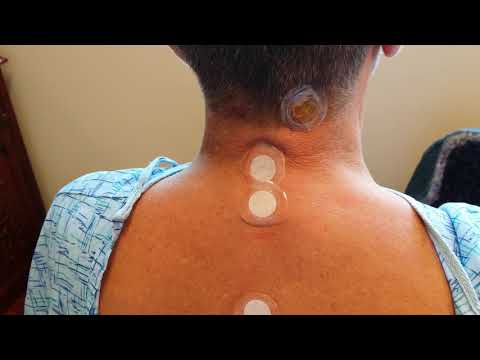 Lisa had all the above flu symptoms plus severe left rib pain and right sciatica. I first treated her rib pain, she got some relief. When I also relieved her flu and hip symptoms, all areas got much better. Optimal relief of her flu would not result if her pains were not reduced, as everything is interconnected. 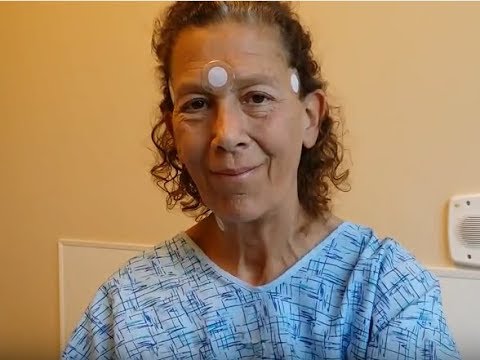 See May Lee’s photo above and compare the patched areas with those of the patients, the MBB are similar. So it is easy to remember how to treat a flu – just patch accurately the sore spots (MBB) until the symptoms are gone – this is Rule 1. Rule 2 is to restore balance, which I’ll discuss later.

Remember that one treatment does not cure the flu, the patient must rest, drink water, sweat, etc. as mentioned above. Also, Roy had cleared only some of the MBB on David. That’s why he felt little relief. Both the patching and Gilbert’s supplements contributed to his recovery.

On the previous post, I’ve described how Dr. Elain had treated her husband with NBE treatments and got no relief initially. That’s because she did not adequately clear some of the MBB. Adding the patches on each injection sites supplies more qi and eliminated all of his symptoms within an hour.

Treating the flu is easy if you start early. Learn to do it and you may save a life. Similarly, it is easy to prevent an acute disorder from becoming chronic, just use the patches to treat the sore spots as soon as they deve[start. This alone is worth your while to learn to use these patches.

The right way to cure viral or bacterial infections is to boost immunity, and not kill the germ. The terrain and not the microbes is the key, as Louis Pasteur finally admitted at his death bed.

Therefore, this approach works for any strain of virus or bacteria, such as SARS, H2N3, Zika, Lyme or drug-resistant superbugs. I’ve gotten instant results on treating any kind of infection 99% of the time in over 30 years.

Finally, the body uses immune cells and antibodies to fight the viruses, just as a society uses police to fight criminals. This method provides the qi to strengthen immune cells. Similarly, to help police to fight crime, one would give them food with qi, or energy patches. Athletes wear the LW patches because they enhance strength and stamina. See previous post C17-12.1.

Healing the flu is a fight of the body against viruses. Putting viruses into the body through flu vaccination would cause rather than prevent the flu, as vaccine (VA) viruses would never eradicate their own kind. Hence, VA are never used when one already has the flu, as it’ll make the patient sicker, or even die.

Vaccination is a hoax. More on this later.

Dissolve 0.5 to 2 tsp of celtic or Himalayan sea salt into 8-12 oz of water. Use a higher amount of salt if you have more heat sx: fever, hot, sore throat, sweat..  Drink it. 2X per day and goggle until sore throat is gone. Gargle with more salty water each day is helpful.

Take a hot bath. Make sure the back of neck and upper back get plenty of heat and massage.

Find GV 14 大椎 – T1 space just below the big bone, or spinous process of the last Cervical vertebrae. Put the tan patch of ICE WAVE on it, as shown on the photo above.

Go down 3 or 4 interpace on T3 or T4; press and see which one is more sore. Put the white patch of ICE WAVE on the more tender spot.

Go down to T6 or T7 space on the midline and put a single patch (any single patch) on the more tender space.

Do the same on the L.

Put a single patch on L2 on the midline at the level of the bottom of the rib cage,

Find S36 just below the knee by the fleshy part next to the head of the Tibia bone. Put the WHITE patch of Energy Enhancer on the Right leg, and the tan of EE on the Left.

If you feel very tired, use the EE patches on Li 11 instead of the single patch, WHITE ON RIGHT. TAN ON LEFT.

Put the tan patch of ice wave between the eyebrows, and the white patch wrap on top of the nose.

The sinus should open and the body should feel warmer by this point. If not, put a single patch on each cheek at the bottom level of the nose.

For coughing: there are two channels (St and Li) 1” and 2” away from the midline at the front of the neck on both side. Each channel has two points in the neck area. Find a sore spot on the upper and lower neck on these channel. Put the tan patch of ice wave on the most sore spot, and the white on another sore spot. Do this on both side.

If you still cough put a single patch on the midline at the base of the neck just on top of the breast bone, RV 24 天突 Find other tender points around these channel on the neck and patch with a single patch on ALL sore points. The head of the clavicular bone on both side is usually sore.

Finally, put a single patch on top of each foot between the web space of the 2nd and 3rd toes.

This is way more than what I usually do. You can use less patches as your skill improve.

Rest more to nourish qi. Wear more clothes, Use scarf to wrap around the neck.

A BIG SWEAT will accelerate healing. So exercise to sweat. Stop before you get tired.

Drink a lot of water, salt water if you have heat.