During my senior year in college, I suffered a serious knee injury while playing on the school basketball team. I saw many athletic trainers and three orthopedic surgeons for my knee. For over a year and a half, none of these specialists were able to help me. I am a very active person and because of this injury I was unable to run, lift weights, or do anything active that would cause more problems to my knee. At age 24 and being so active as I am, it was very difficult to just stop doing the things I loved, such as coaching for Magic Johnson at his basketball camps. The pain in my knee was so unbearable that even coaching became virtually impossible.

When I returned home, my mother told me about Dr. Tong. I was hesitant to see him because his methods were foreign to me and I had already seen some of the best doctors in the field, but I knew I had nothing to lose and was desperate. I would have done anything to get rid of the pain. I decided to give Dr. Tong a try. After only a few treatment and two months of seeing Dr. Tong, I’m back on the court playing basketball again. I am relieved of any pain and problem in my knee and am able to do anything and everything I used to do. I don’t know how to thank Dr. Tong and his staff enough. Its’ great to be running again! 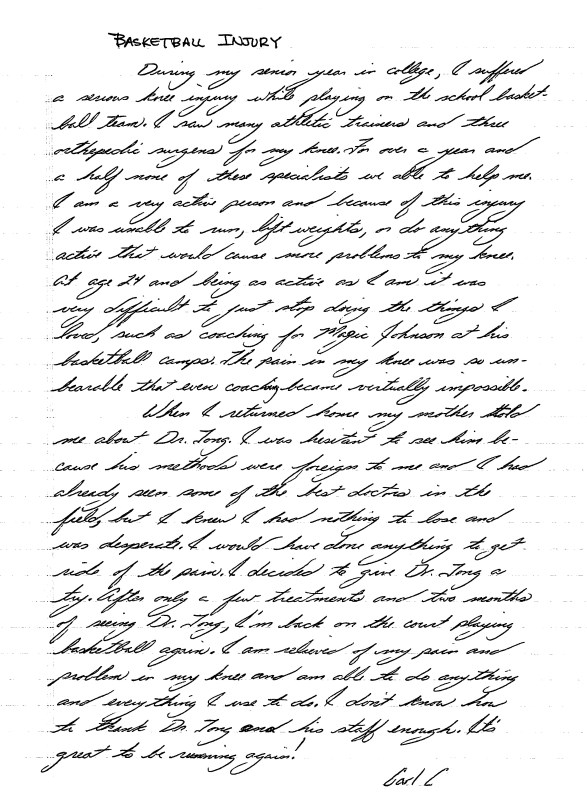