I have suffered severe pain in my upper back due to arthritis, neuritis + lung surgery which was performed in 1979.  I also became very addicted to pain medicine.  I went to the hospital in 1982 to get off of the pain pills which I did for two years.  However, the pain was still excruciating!  Sometimes, I felt like committing suicide, but I really didn’t believe it would be any answer.  I was put back on pain medications and soon became addicted once again. Then I became quite ill very suddenly with Pancreatitis.  I have lost 85 lbs from the vomiting. Pancreatitis was also very painful.  My family doctor became very frustrated by my addiction so he sent me to Dr. Tong.

Dr. Tong treated me with acupuncture + nerve blocks.  I didn’t get much relief so he suggested epidural morphine injections.  I had the first treatment in Feb 1985 and I got complete relief until May of 1985.  Dr. Tong did another epidural block in May + I haven’t had anymore spine pain.  I would highly recommend this form of treatment for anyone with severe back pain.

Also, Dr Tong has treated my Pancreatitis condition by acupuncture + neuritis in my legs.  I have gotten good relief from the treatments.

This will be the last prescription for me 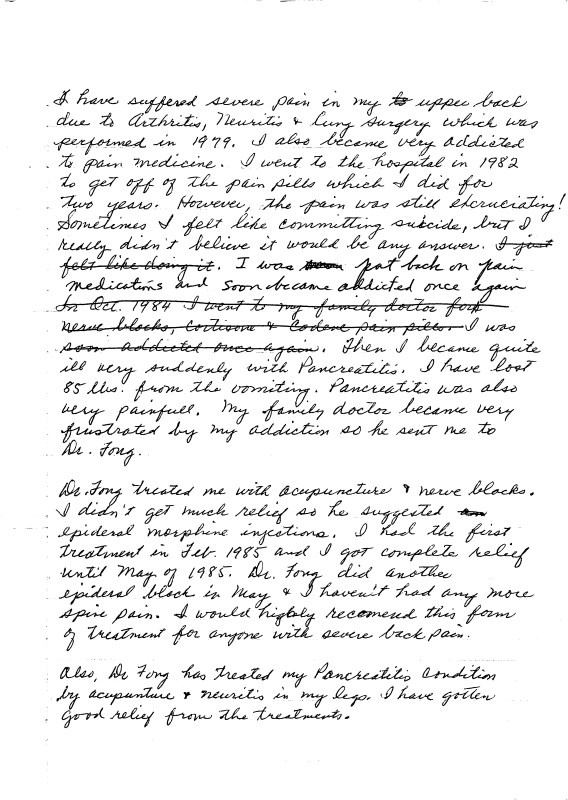 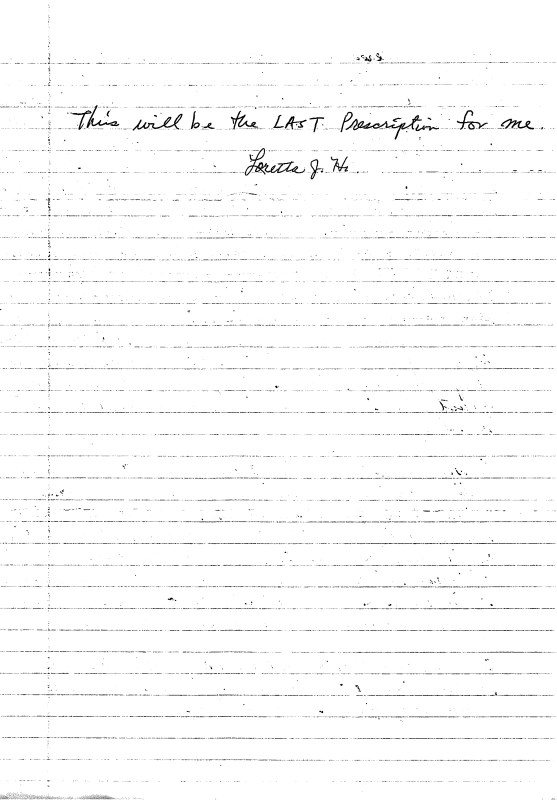