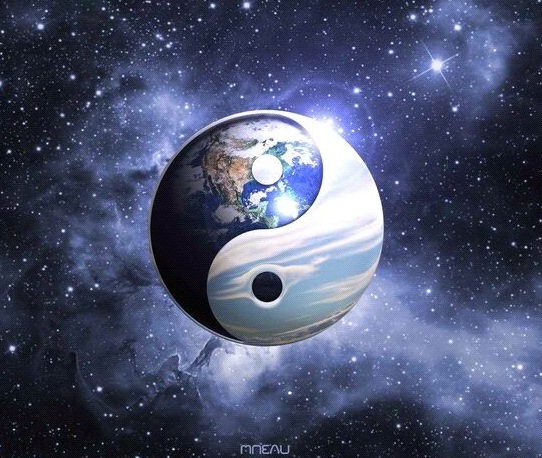 PURPOSE: To promote health, peace and harmony by learning the spiritual aspects of our existence. The neglect of spirituality due to obsession of materialism is the root cause of today’s human and societal ills.

Mind vs. Body: Western science examines only the physical world. The Chinese, in contrast, observed that everything has a body and mind/spirit. This dual existence was confirmed by quantum mechanics as particle and wave, respectively, thousands of years later.

Even a stone has a mind, as physicist David Bohm asserted. Yet the mind cannot be detected with physical means, so science knows virtually nothing about it. This is critical because it is our spirit that provides life energy, qi, that fuels functions to sustain health.

When tissues are deprived of qi due to mind/body blockages (MBB), disorders occurs. Clearing MBB with acupuncture restores qi flow which restores functions to cure ailments. I have found that anesthetic injections greatly enhance acupuncture and produce profound results. I call this combined therapy Neuro-BioEnergetics, or NBE.

Even aging effects can be reversed.

Harmony vs. Antagonism: Moreover, Chinese medicine heals via BALANCE and HARMONY. Because the spiritual realm is timeless, complementary opposing forces of the yin and yang qi, such as heat and cold, good and evil must always be balanced.

Since Western science is oblivious to spiritual harmony, westerners often solve problems via physical antagonism, such as using antibiotic, analgesics, anti-inflammatory, and antidepressant to treat ailments, similar to resorting to war to settle disputes. This ultimately creates war zones in the world as well as in the body.

Moreover, scientific inventions have given us much physical pleasures and conveniences. Yet materialism is insatiable, causing people to constantly fighting for more material wealth.

Hegemony vs. Peaceful Coexistence  Western aggression, acted on the agenda of the globalists, has resulted in perpetual racial, religious, geopolitical conflicts, and terrorism. We are living under constant fear of terrorist attacks, as they bring the battle fields into Western lands.

Terrorism, revenge by our enemies, cannot be eradicated by force, as “violence begets violence 以暴易暴.”  The Chinese believe that “harmony is most precious 以和為貴” and “benevolence is invincible 仁者無敵.” China when ruled by the Han race seldomly at war outside of its border.

Confucianism, Taoism, and Buddhism emphasize on cultivating the mind and the Chinese live peacefully with other nations for thousands of years. Imperial West, in contrast, focuses on physical domination. Their belligerence has driven us to a looming crisis of a nuclear holocaust!

Hence, the ascendance of China is a peaceful force. My poem “The Myth of a China Threat” (2nd post) reveals the truth hidden by the media. Seeing the truth will prepare you for crises. My posts are not intended for debates. The Chinese motto is to seek agreement amid differences 存異求同.

Karma rules our destiny. This supreme Law, confirmable with Einstein’s E=mc2, proves that  “action elicits an equal and opposite reaction,” and “as you’ve sowed, so shall you reap.”

Americans will pay dearly for the atrocity from countless wars we have engaged in. Instigating regime changes to topple peaceful nations have equally bad Karma; it is akin to inciting a divorce in a harmonious family. 寧教人打仔莫教人分妻.

“We may use the pretext of promoting democracy and freedom or to fight terrorism to deceive others, but not Nature” – 人算不如天算. Quoting from my above-mentioned poem:

Yet in truth, man can kill and man can cheat;

balancing the yin and yang is Nature’s feat.

Neither evil nor good will forever grow…

It is Mother Nature that runs the show.

Learning Chinese wisdom will improve our lives on Mother Earth.

For many people, no amount of money is ever enough. Chinese say that “men died from money; birds died from feeds 人為財死,鳥為飼亡,” as illustrated by this short story.

Another example is Steve Jobs and Ronald Wayne, co-founders of the Apple Company. Wayne sold his share of ownership to Jobs for $800 in 1976, which is worth 63 billions today! Yet Ron is alive at 83 and has no regret on his decision. https://www.cultofmac.com/304686/ron-wayne

Jobs, on the other hand, became the richest man in the cemetery at age 56.

His death-bed confession was full of regret, confiding that he had had no joy in life, missing out meaningful aspects, such as sharing times with loved ones.

The reason was that he was never satisfied with his enormous success and often became angry, which harms the liver, as revealed by Chinese medicine. A weak liver along with the stress of running a big corporation caused Jobs to develop pancreatic cancer.

Remarkably, he lived for 20 years with this lethal form of cancer without orthodox therapy!!

However, when the cancer metastasized to his weakened liver, he underwent a liver transplant, not knowing that health can be restored to avoid such a procedure.

The fact that all transplants are rejected by the body is Nature’s way of telling us that they are improper treatments! To prevent rejections, patients must take chemotherapies to suppress the immune system.

Chemotherapies are the most toxic poisons that severely damage the immune system, which can be lethal in sick patients who already have compromised immunity. A minor infection could mean death for these patients!

Spiritual effects in organ transplants  And unknown to most people, the new organ carries part of the donor’s soul. A donor who died at a young age has very bad Karma and the recipient will share this Karma … eternally, all in exchange for a few decades of a sick life?!

Similarly, it is unwise to donate organs, as your soul will miss a piece forever. It is rare for the missing piece to find its way home without help. It is akin to a missing child finding his/her family decades later. But I did encounter a case where a fragmented soul finding its home (3rd post)

Therefore, the correct way to heal Jobs would have been to restore his health, so that his liver and his cancer would be healed. The beginning posts show how easily organ transplants can be avoided using the NBE method.

There are no Coincidences Note that the emblem of the Apple Company is the forbidden fruit with a bite taken out of it – an act that had condemned humans to eternal sin according to Christians.

Is “byte” used in computer language implies bite? Also, the first Apple computer was priced at $666.66 – a Satanic number in Christian belief. And is the “ i ” in iPhone, iPod implies “eye” – the all seeing eye on the top of the pyramid in the back of the US dollar?

Message: Amassing wealth is not the only thing in life. More precious is health, sharing with love ones and caring for humanity. Much of this Blog is unique and comes from decades of self healing, meditation and research. Hopefully it would illuminate your path in seeking the truth, which will lead you to better health and prepare for crisis.

Questions, comments and contributions are welcomed.  Please share with me information on energy healing, healthy sustainable living, humor and anything that would improve our life on Mother Earth. Keep your submission succinct and send it to doctor.tong@gmail.com